Growing up in the woods, or a place with stretches of land as if designed for playing and frolicking, builds this attachment and sentiment for the wonder and peaceful isolation of the outdoors. The memories and experiences never escape the brain and remain in our blood like a venom that curses one for a longing to explore that never dissipates. To a child, the outdoors are a playground loaded with secret nooks, crannies, and imaginary places that are as real as anything else. A daily adventure might have begun with a quest or goal, but usually never bounded straight to the climactic end. Distractions constantly created new sidetracks and paths that completely divulged from the original quest; sometimes causing us to forget completely where the current path even started.

Now, after all these years, the outdoors still have an inexplicable allure to some, but the mystery is gone. To those of us who have grown, changed, and learned, we apply our experience to everything we do thus making true adventure a rarity as we no

longer have the bravery to face what’s unknown or risky. A void filled so nicely by the video game, Breath of the Wild. To those who haven’t played through Nintendo’s game, it’s essentially a childhood adventure simulator.

Players, thrust into a world with almost zero instructions and no penalty for taking a leisurely pace, were given a mysterious world with a vast amount of stuff to play with and discover. The most striking similarity being the urge of “I want to know what’s over there, behind that, or under there …” In childhood, just as we did in Breath of the Wild, we looked under rocks, climbed trees, caught bugs, and jumped from heights we would maybe later regret.

After years and years of exploration in the wild, new things never stopped surfacing. Every decision and next step driven by the mission statement “What would happen if we tried ….” Famous last words, but we almost always recovered, sometimes with scars to remind us, and new knowledge of how to do something cool. The same idea drove 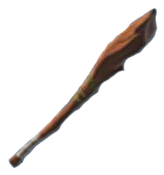 Breath of the Wild because it didn’t hold players’ hands or tell them how to complete a task or challenge. “What would happen if I hit this;” “what would happen if I tied a balloon to that;” “maybe I should try to freeze that;” “I’ll just throw it at that guy and maybe this’ll happen;” “I can probably eat it.”

And, of course the most infamous, sometimes final, words in both Breath of the Wild and … real life, “Maybe fire will do the trick.”

In the end, when the credits roll on Breath of the Wild, players may have felt confused, almost as if striking down the final boss was pointless, it added nothing – resulted in no change. The next step was just loading up the last save, turning around, and diving back into the world. It was more like an ending added as an obligation, because everything has an inevitable ending, no matter how anticlimactic.  Sure, fighting the game’s omnipresent villain was fun and exciting, but it was no match for the 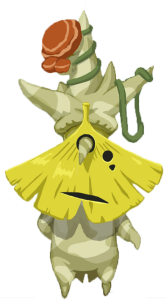 Hey, isn’t growing up and moving on just an ending under disguise?

Leaves that look like faces; old rusty things found in the dirt; sharp thorns; sudden storms and terrifying lightning; watching the sun go down and the moon come up; the refreshing feeling of going home after a hot or freezing day. All feelings and experiences relived again in Breath of the Wild.