Form over Function Part I

His sleek armor, mysteriousness, and ominous presence make the Star Wars bounty hunter, Boba Fett, more than the sum of his parts. Beyond that stuff, there really isn’t much else. His existence served one purpose and as soon as that was fulfilled in the Empire Strikes Back, he was almost immediately, and somewhat literally, thrown into the trash. 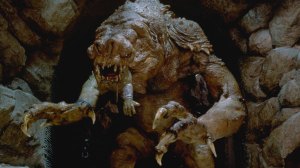 Boba Fett serves us as the perfect example of what makes Star Wars so special; the creatures, characters, places, and sequences that may only last for a moment, but stay on our minds for decades. Remember when Darth Maul removed his robe and ignited his double bladed lightsaber? It was the coolest shot in all the prequels. Some of this stuff make us feel uncomfortable, some make us laugh, some make us cry. No matter what, they make us react and feel. It’s a strange galaxy out there and it’s not predictable.

No one owns any one character in Star Wars, we all share them. They belong to all of us and it’s not our place to dictate what should happen to them. We’re the audience escaping our mostly monotonous existence and speeding across the stars to a place where nothing is too ridiculous or over the top and nothing is sacred.

Like Fett, many things from Star Wars garner wide acclaim. Others split the audience down the center and fights break out over whether or not they are “good” or “bad.” The truth is, who cares? Teddy bears defeated the empire and comical fluffy birds were shoehorned in to make life easier for the film’s editor. Regardless, It’s all there to make us feel something and to sell toys to kids. One thing will never change about Star Wars, pointless and trivial characters that hardly serve the plot will fill the screen, if even for only a moment, and make the galaxy far richer.

But what about Captain Phasma?

Check back for part II in a couple weeks.